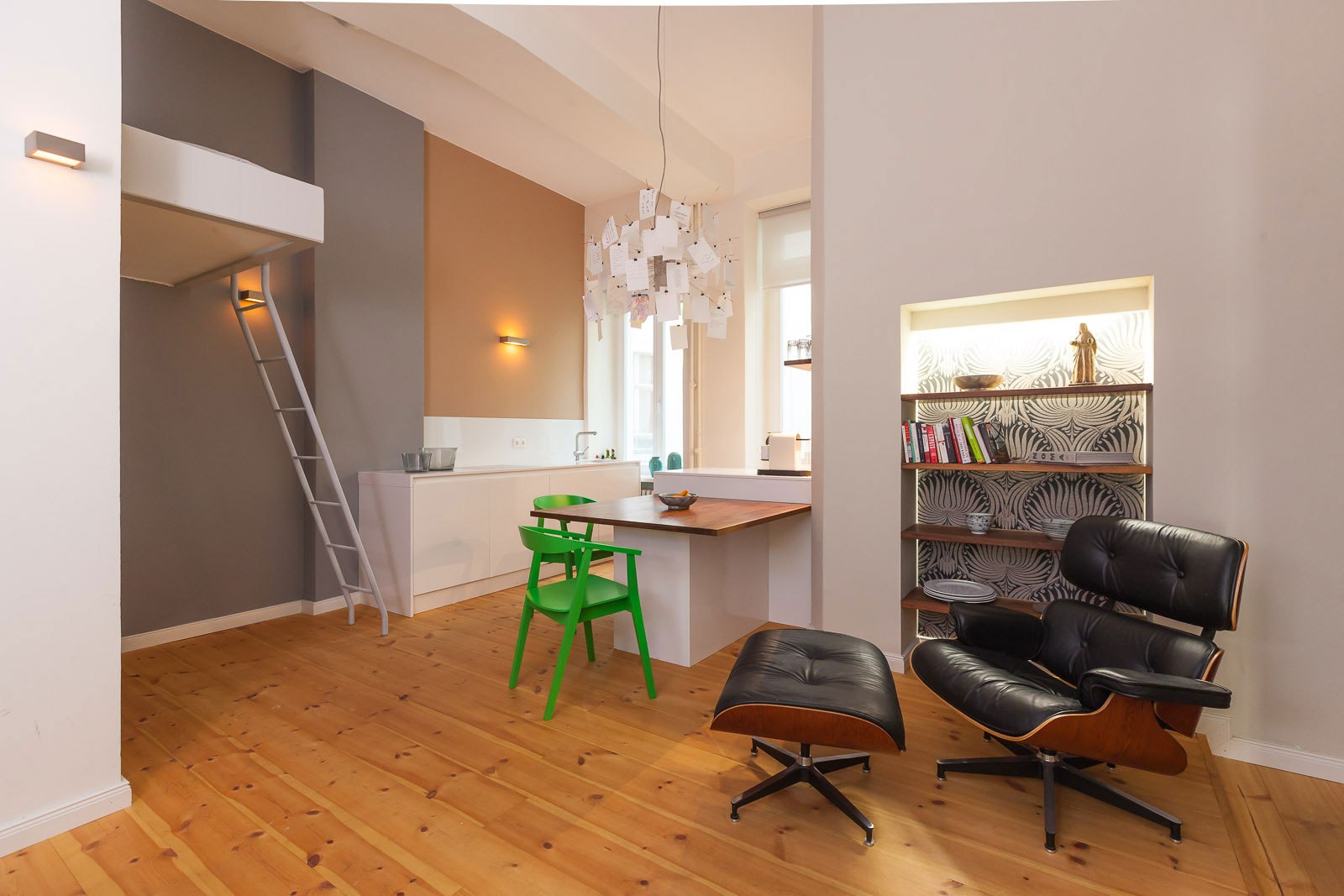 This renovation of an empty 50 m² pre war Berlin apartment into a modern and bright home is a snapshot of how one space was transformed, reflecting changes to the Berlin lifestyle.

Low ceilings, dark, cramped spaces and an old and leaking bathroom.  These were just some of the issues with this 50 m²  pre war apartment in Berlin’s Schöneberg neighborhood.

As was common in Berlin, the former inhabitants had lowered the 3.65 m / 12 ft ceiling with DIY panels  to save on heat.   The place was in such bad condition that the only thing to do was to remove as much as possible while still retaining some pre war details.

By removing two walls and restoring the original ceiling height, a bright and airy kitchen and living space was created.  The minimalist kitchen  contrasts beautifully with the original details like the refinished wood plank flooring, high ceilings and pre war style windows.

An oversized, industrial look sliding door was added as a unique and space saving entrance to the lower level bathroom.

The disused doorway was reimagined and repurposed as niche shelving with backlighting and Farrow and Ball’s “Lotus” wallpaper.

By taking advantage of the high 3.65m / 12 ft ceilings, a loft bed was built into the space to create extra room for guests.

See the Before pictures here:  The Before and After of a Radical Renovation

Read the whole Before and After story in German on Houzz.de: Vorher-Nachher: Vom Albtraum zum Altbautraum in Berlin 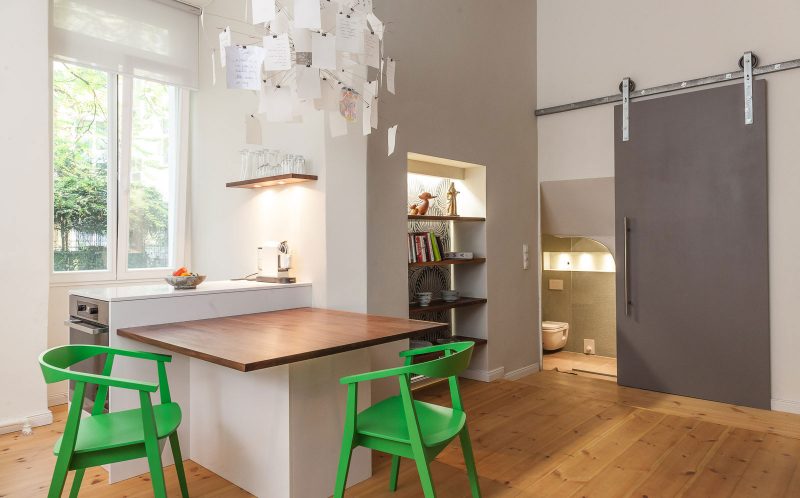 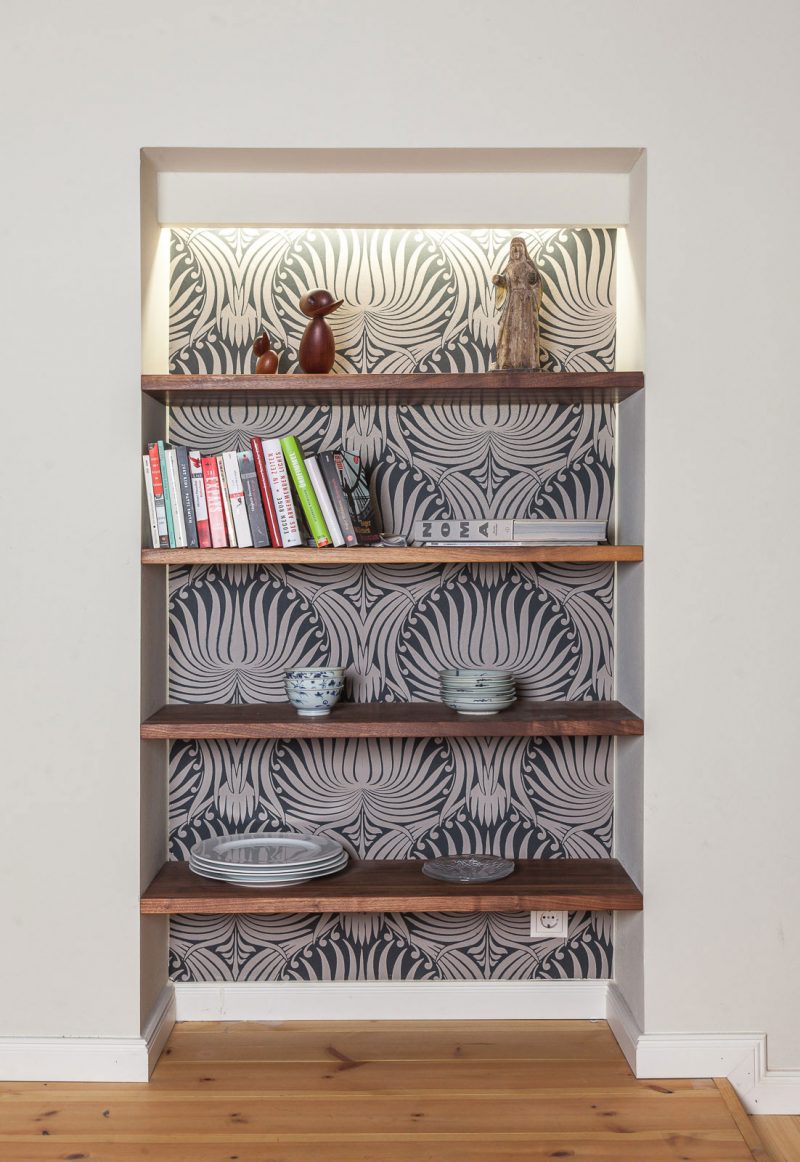 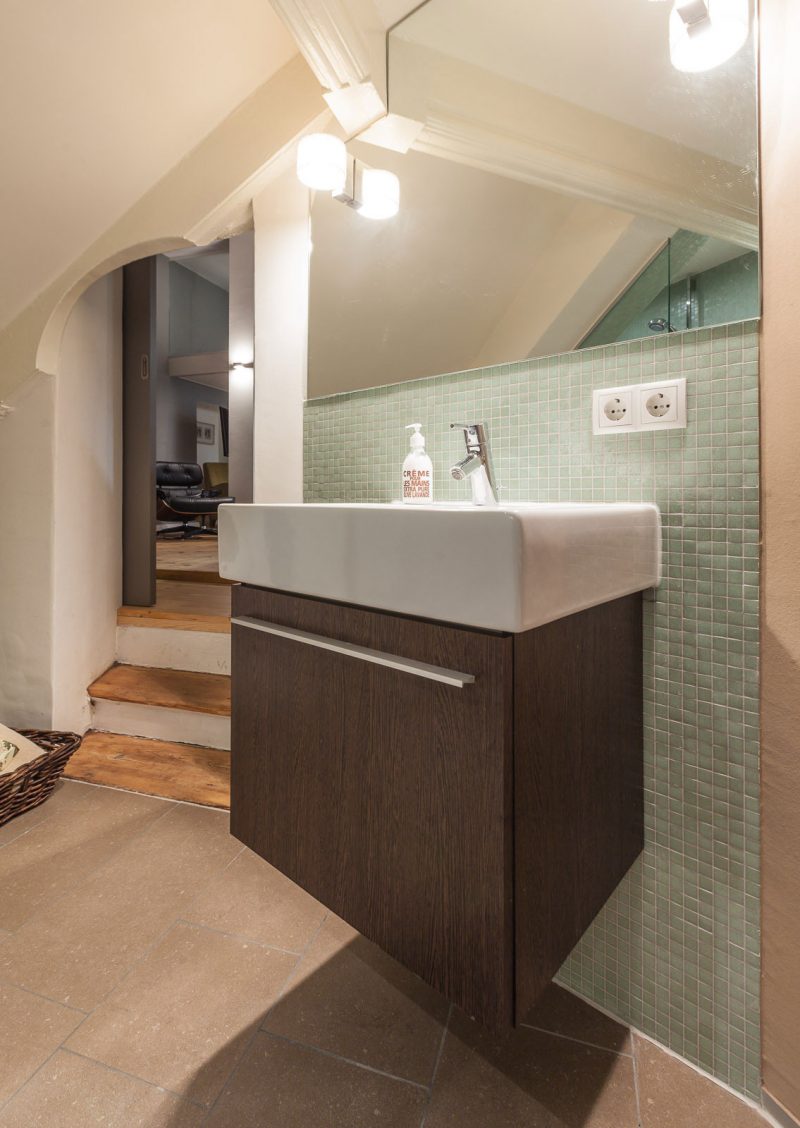 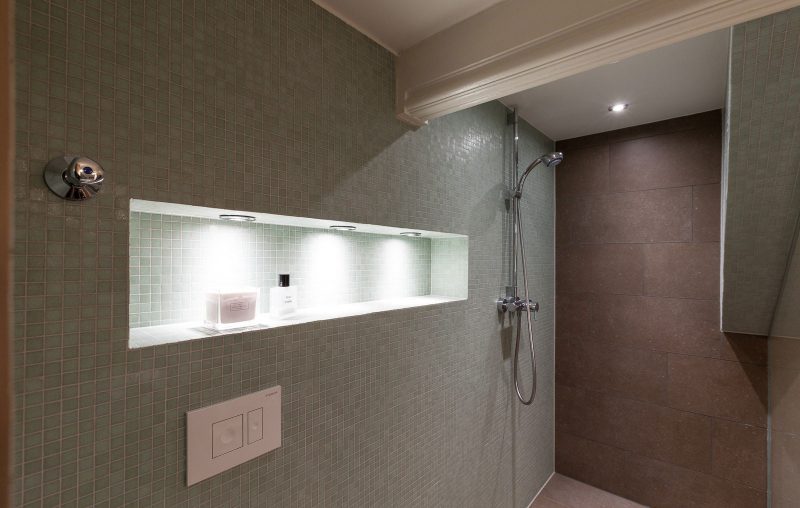 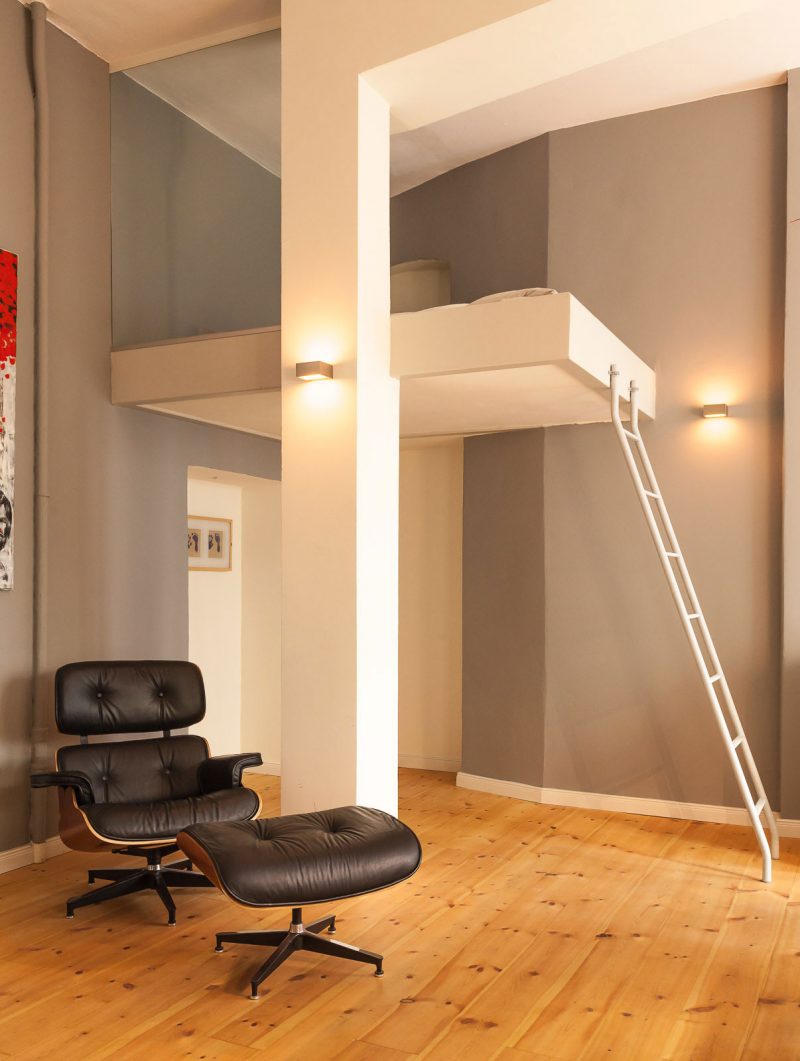 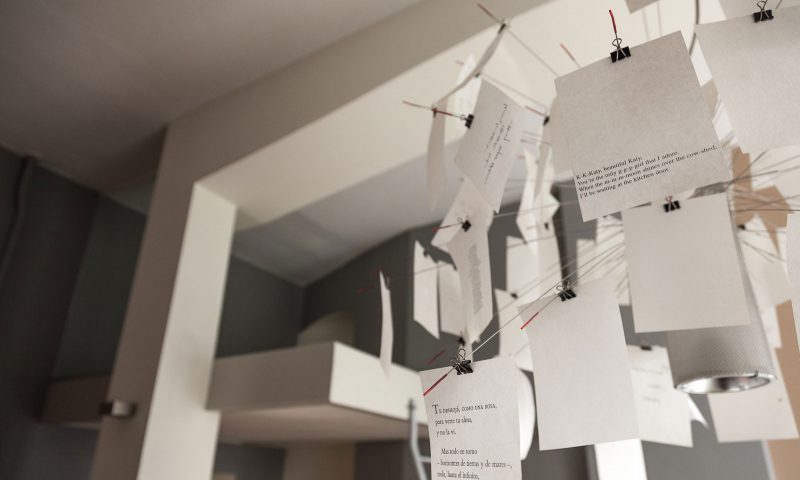